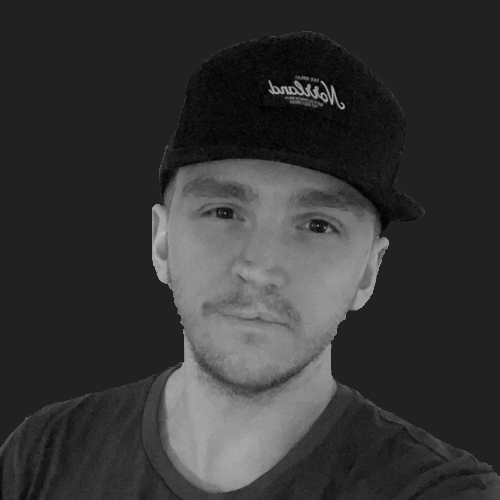 Where should an overjoyed and grateful man like me even begin? I've barely had time to actually take this in but as you know by now i won $10,000 in fantasy at Worlds 2022.

How did I manage that? I hardly know that myself.

In any case, I want to start by telling you something that makes my win even more surprising for myself. Before Worlds 2022, I had never seen a single match of League of Legends, nor spent a minute inside the game. I've been a gamer since I got my first computer in 2003, but Moba's have never really been my thing with the only exception being Heroes of Newerth which I enjoyed a lot for a couple of years. For the record: I was the worst in HoN.

But fantasy in e-sports has become my thing in recent years, a hobby and something I spend a lot of time on. Therefore, it was with curiosity and excitement that I received the news when E-GO released that they would be organizing a competition for Worlds 2022 with the huge prizepool of US $10,000.

However, with my limited, if not non-existent, knowledge of League of Legends, I immediately realized that my chances of winning were slim unless I delved deep into the swamp of statistics. So that's what I did, and if you want to know how I did it to win, keep reading below.

As always when entering a fantasy tournament, I started off by starting a spreadsheet and studying the scoring system thoroughly. What is it that gives points, where are the "guaranteed" points?

After studying the stats, I started googling power rankings of the teams that would be in Worlds. With my lack of knowledge of the participating teams, I relied entirely on how experts ranked the teams. Based on that, I was able to compile a ranking, based on a formula that combined all the different rankings into a total ranking of the teams. When that was done, I color-coded the teams based on three different colors:

Yellow Teams: Teams that are considered contenders but not quite on par with the top teams.

Red Teams: Teams expected to do bad that I 1) will refrain from picking and 2) will make sure to have players face as often as possible, and always have players with a captain role facing them.

After realizing which teams were good, and which were not so good, I started to study all the statistics from all participating teams' last three tournaments. In my spreadsheet I entered all the players' performances during these last tournaments and came up with an average value for their kills, deaths, assists and creepscores, among other things. Once I got that average, I calculated what it equated to in fantasy points using the scoring formula the tournament used.

Doing this helped me see which roles would give the most points which made choosing the troop build easier as I could decide where to put most of my budget. It became clear that most money would be spent on players under the Top laner and Bottom laner role. That the least amount of money should be spent on Support and Jungle.

After entering the entire tournament schedule into my spreadsheet with color codes, it became clearer to me how my rotation with the captaincy role day by day would be. My spreadsheet also made it easier to see when each team had double match days which I never wanted to miss using my captain for. In the group stage, it was therefore the captain's role three out of four days at GALA and one out of four days at Beryl.

Once the tournament was underway, I made sure to never miss a deadline (alarm on the phone every day), because having the wrong player as captain could be fatal.

In conclusion; my winning move. After a fairly successful play-in and group stage, I found myself around 30th in the overall standings, but still within reach of victory if I played my cards right. There I was determined not to throw away the chance of victory, so I threw myself once again into the spreadsheet swamp. After tracking the stats throughout the tournament, I calculated the average score of winning players within each role, and the average score of losing players within each role. Using those stats I was able to figure out that the only thing that could get me the win was going against all the advance tips - my only chance to win this was to go all-in on T1 and DRX. Through the calculation, I found that it would take about 960 points to win and that, if DRX and T1 were to go to the final, I would reach about 970 points (ended up at 980 so my calculation was correct anyway).

If I believed it would succeed? Hardly, I expected both GenG and JDG to do better. But in the position I was in before the playoffs there was no chance for me to win if I went with the expected wins and with a winner take all prize pool it didn't matter to me if I finished 3rd or 82nd.

That I finally managed to win I thank above all luck for, and DRX who found a level no one thought they would reach. But I'm also thankful that I gave myself to studying all the statistics I could find and that helped me with the spreadsheet that helped me with all the player selections during the tournament.

This is one of the sickest things I've been through and as you can see, I'm floating on clouds right now.

I'm on Discord under the nickname Flynnbomb where I'm more than happy to discuss fantasy with you and am always available for support and tips during ongoing tournaments.