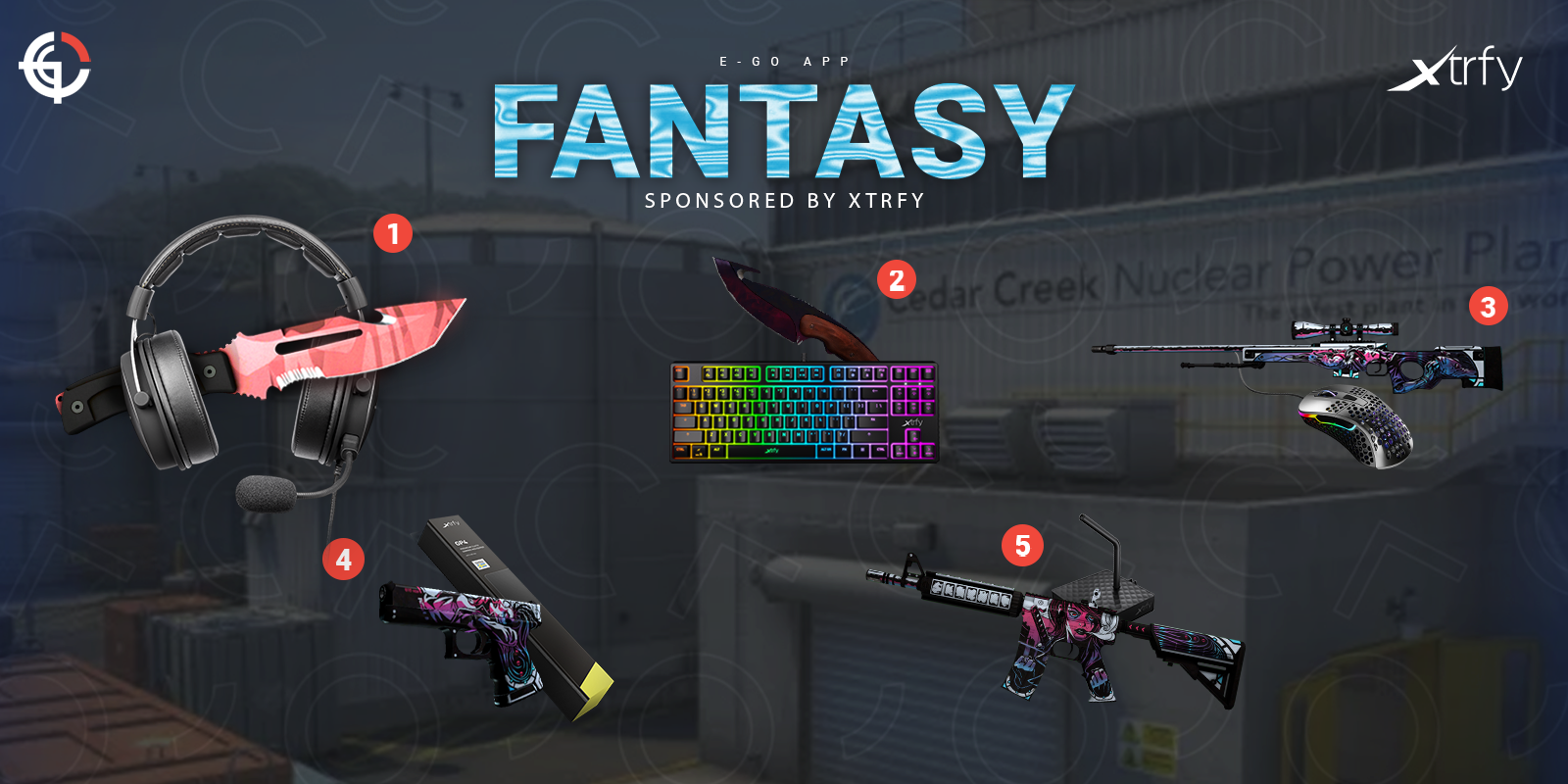 Prizes - This tournament is sponsored by Xtrfy

Here is the point system we will be using in the Blast Premier: Spring Showdown tournament

Every player in your "active roster" will receive points per series rather than per map, see a BO3-example below.

The captain feature gives a 30% point bonus to the player you have assigned as your Captain. If you want you can assign a Captain before the league starts and the captain booster will stay on that player until you actively change it to another player. You have 1 captain-swap every day, but you will lose your captain-swap for the day if your captain has started a match series.

During the tournament, you can sell and buy players (but use your player transactions wisely, you only have 2 of them). When selling a player, you will be refunded the amount you purchased the player for. However, you can not sell a player if they are in a match. You will keep the points of your sold players for the remainder of the tournament. At the start of a tournament, you can have a maximum of 2 players from any team, but when you sell a player you can bypass the limitation of 2 players from one team. So from the point of selling a player, you could actually have 3-4 players from one team (that is if you can afford them of course). But keep in mind that you only have 2 "Player-transactions" per tournament!

The bench mechanic is an important game mechanic in our fantasy tournaments and can make a big difference in how many points you get.

Each fantasy team consists of 6 players. One of these has to occupy the bench. While on the bench, that player does not accumulate any points. It's only when they are swapped out with one of the players in your active roster they gain points.

So, for example. If you have player A playing on Monday and player B playing on Tuesday. A good strategy would be to swap those players once you have received your points for Player A.