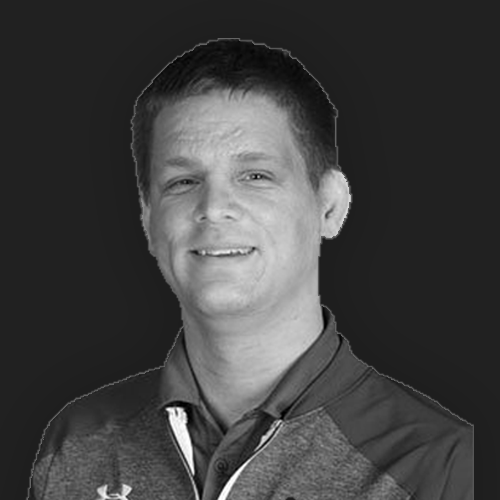 Join MOBAFire Worlds 2022
The Play-In stage at worlds can be a bit overwhelming. There are teams playing that you’ve probably never heard of, it happens pretty quickly (only 4 days of group stage!) and it can be hard to know what to watch for. Here are the top 5 things to watch, both for the casual fan (me!) and the fantasy die-hard trying to win the $10k prize! (also me!!)

We saw a very specific meta emerge through the playoffs of all the major regions. Between the Kalista perma-bans and the Sivir/Zeri/Lulu/Yuumi trades, the hypercarry ADC along with enchanter supports were seen again and again all over the world. And yet, with 3 patches coming through between the regional playoffs and the world championships, this meta will change in a major way. We saw significant nerfs to Kalista, Sivir, Zeri, Draven,as well as Lulu, Yuumi, and Nami. We also saw buffs to Ashe, Caitlin, Kaisa,Miss Fortune, and Thresh. Looking at Champions Queue games, as well as interviews with pros, I would expect to see an entirely different style of draft in the bot lanes, with Caitlin/Kai’sa/Ashe to be seen often, as well as engage supports such as Nautilus, Leona, Alistar, and even Thresh.

Two huge things could come from this. First of all, it could vastly change which teams will be the most dominant. Some teams just work better in a meta with a hyper carry ADC (looking at you, Cloud9)and others work better making plays around the map (hello, Evil Geniuses!) We may need to adjust expectations for the teams in groups, based on how this meta evolves. Secondly, looking at it from a fantasy perspective, we may need tore-evaluate how we make our picks and select our captain. In a Sivir/Zeri meta,we’re looking at teams with a huge bot focus (GenG with Ruler). We’re also looking to almost exclusively select our ADC’s as captain. In a Caitlin/Kaisa/Ashe meta, that’s not the case. We may need to prioritize else where with our funds, and captain a role that will have more impact (toplane, perhaps??)

Finally, if we see Senna appear often, that will have a huge impact on your fantasy picks. Since the Senna almost never farms, and the points format so heavily emphasizes farm, it will be important to avoid Senna picks from your ADC, and target them from your Support. Pay close attention to the meta here, and if you can target a team that will playit often (DRX?), take advantage.

2. How will the minor regions(especially the VCS) fare against the major regions?

This is my favorite thing to evaluate every year at the international tournaments – both MSI and Worlds. As a huge fan of underdogs, I find myself rooting for minor region teams every year (as long as it’s not against NA!) Who can forget the Gigabyte Marines pulling out the laneswap / double jungle to boost Levi’s Nocturne to a 5 minute level 6, in the most fiesta game I’ve ever seen against Fnatic? Or perhaps the infamous 66 minute game, where Albus Nox Luna went toe to toe and took down the Worlds favorites in the ROX Tigers? These upsets are some of my best memories ofwatching Worlds contests.

So how will these teams fare this year? There are not many that will be in the group stage – unless we get a play-inupset (please please please), only GAM and Flying Oyster will fit that category. Canthe Saigon Buffalo from Vietnam use their exciting style to escape from the group of death? Can Chiefs from Oceania build upon their amazing year, which included an undefeated split (21-0) domestically? How about Beyond Gaming from the PCS,Loud from Latin America, or fan favorite Detonation FocusMe from Japan? How they fare vs the top teams worldwide is always a hugely exciting thing to see.

3. What type of drafts are mostsuccessful – early or late?

The meta often evolves in this way as well. I remember a few Worlds ago (maybe 2018?) the meta started with scaling botlanes, and then in week 2 of groups, suddenly Caitlin was being seen everywhere, crushing every team trying to play slow before they even knew what happened. What will be most successful in this tournament? I’ve already predicted we’ll see bot lanes trying to play a little faster. In this case, it may be smartest to pick players that will roam and make plays (G2?). In as lower meta, it may be smartest to pick players that will be fed resources by their team(C9?). Make note of how the games go during play-ins, and use that to guide your group stage picks.

Group A is certainly the Group of Life, if you will. I’ve never seen a group more wide open! The top teams – EG and Fnatic– both have huge question marks from their substitute situations. EG obviously will be playing Kaori over Danny, after Danny led them to a Spring Split championship and a 1st place finish in the regular season. Fnatic only just finalized their plans, with Upset arriving in Mexico just in time for their first game against EG (essentially right off the plane, with jet lag and no scrim time) while Hyllisang will not arrive until day 2. For a team that plays so heavily around their bot lane, how will this affect them? They may need time to adjust, but they won’t get it with a first day matchup with EG that may well decide the group.

Outside of them, the other teams are question marks as well. Detonation FocusMe (Coach Dman’s pick!) has had some success in previous international tournaments, but were very disappointing at this year’s MSI, finishing 1-5 in their group and not really challenging the Saigon Buffalo. Chiefs finished undefeated in their regular season split, but historically OCE has not had much success internationally. Beyond Gaming, who many predict to finish the group third, finished a disappointing 1-3 in their Worlds appearance in 2021. Overall, this will be an exciting and crazy group, in which I have no idea what will happen (besides that EG will win!)

This group stage will also feature the biggest regional rivalries: China vs Korea, and NA vs EU. We all know thatNA>EU (right Jojopyun???), but seriously, these rivalries are often whatdefines the Worlds Championships as a whole. Us NA fans know their record in international BO5’s vs EU (hint… it’s not good). China and Korea often find themselves battling for Worlds Championships. It’s a clash of styles: fastpaced and showing off hands, vs bleeding you out with vision control. Who wil lwin round 1 of these regional battles? I can’t wait to find out!

Keep up to date with the latest Worlds and NA fantasy content by following me on Twitter at LFLPOD, and join the Fantasy League of Legends Community in our discord.