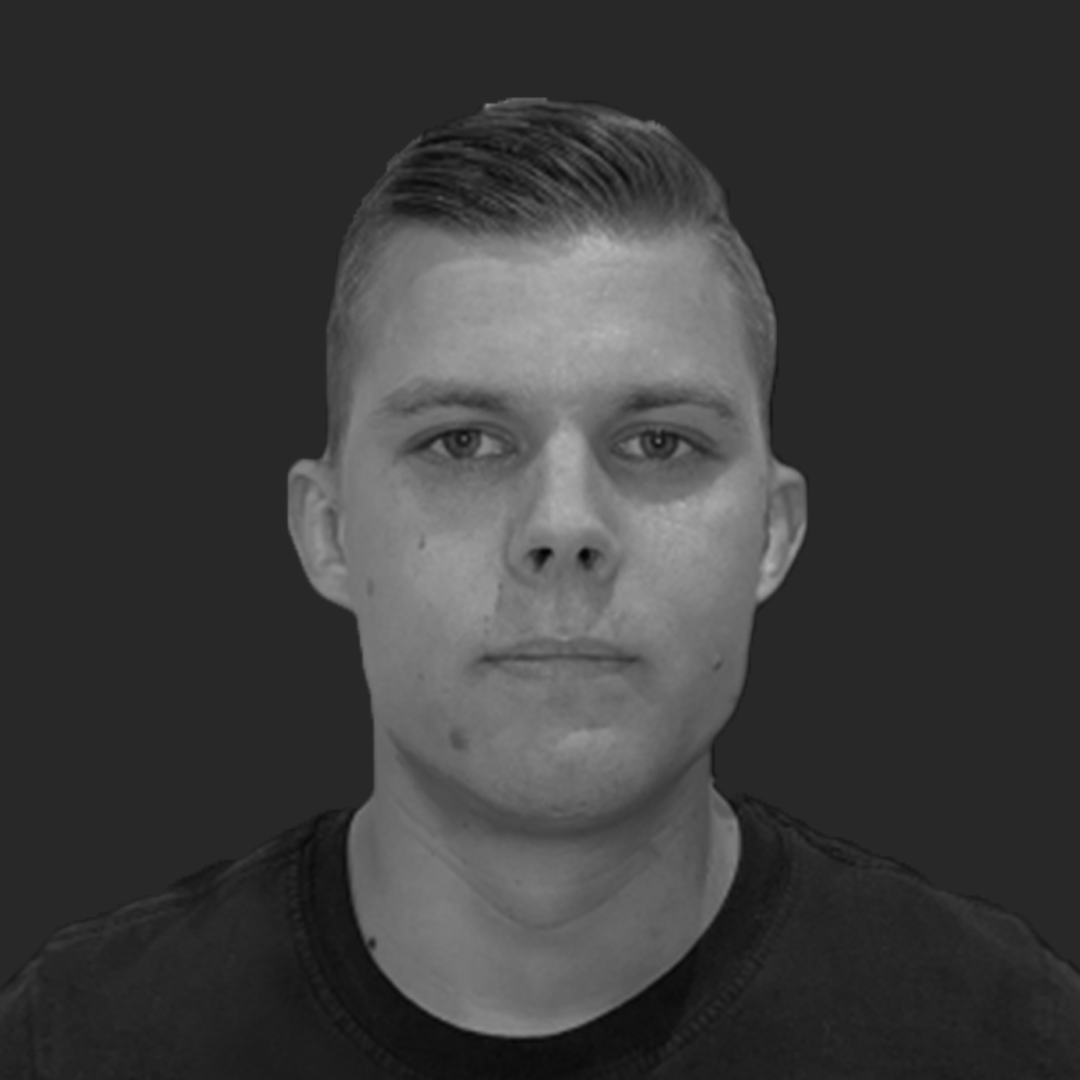 Teams from all over the world have fought hard for the 20 available spots this year.

12 teams earned their place from the Dota Pro Circut throughout the year, 6 teams made it through the regional qualifiers for each respective region, and, the last 2 spots were earned by the winners of the Last Chance Qualifier just a few days ago.

The Last Chance Qualifiers had 2 representatives from each region fighting for the last 2 spots with Team Secret and Team Liquid making it to the international.

With all teams confirmed the groups were announced.

The top 4 make it to the upper bracket, 5-8 take a spot in the lower bracket and the bottom 2 of each group get eliminated.

My predictions to make top 4 and thoughts about the teams

I would say 6 teams could make it the top 4 in the group, PSG.LGD, OG, Royal Never Give Up, Team Liquid, Evil Geniuses, and BOOM Esports.

PSG.LGD is arguably the favorite to win the whole tournament after a dominating year in both the DPC season and majors. They end the first day with a 0-2-1 record. Losing 0-2 vs Evil Geniuses, surprisingly dropping a game vs both Hokori and Sonics. Coach Xiao8 hinted about them not having the best results in scrims going into the international which might have affected the team on the first day. There are still a lot of matches to be played so I do not doubt that PSG.LGD will finish in the top part of the group

Evil Geniuses was a hard team to predict going into the tournament. They have not impressed in the majors this year. Their individual experience will be invaluable at an event like Ti11, and it really shows after the first day of play. They dominated the first day and ended with a 3-0-0 record winning all their matches.

OG is going into the tournament as one of the favorites after dominating the DPC season and a first-place finish at the Stockholm major. The difference at this tournament is that they have Misha playing with them again instead of Ceb who has been standing in for Misha at the majors this year. OG end the first day with a 2-0-1 record after dropping the series 0-2 vs Evil Geniuses and beating both Gaimin Gladiators and BOOM Esports 2-0.

Team Liquid was the last team to qualify for the international by beating Virtus.Pro in the last chance qualifiers a few days ago. They really popped off in the qualifiers and I think they are coming in with a lot of momentum. The first day ends with a 1-2-0 record with tied series vs both Sonics and Royal Never Give Up and a comfortable 2-0 against BetBoom Team.

Royal Never Give Up is one of the 3 Chinese powerhouses coming into this year's international. They have only attended 2 international lans this year, the Arlington major and Riyadh Masters, both with mediocre results. One thing to remember is that they played both those tournaments with a stand-in for their carry player Ghost. RNG consists of a star-studded roster with veterans like kaka, xNova, and Somnus who have been to multiple TIs and even played in the grand finals.

Gaiming gladiators have not played an official match against tier 1 teams in a long time so it's hard to indicate their shape. After the first day of play, they have a record of 1-1-1. Winning the series against BetBoom Team, tying their series against Hokori, and dropping both games against OG.

BetBoom has had a nice showing in the eastern European qualifiers eliminating both NAVI and Outsiders to earn their spot at Ti this year. They have also shown some potential on international lans but after the first day, they seem to struggle, ending the day with a 0-0-3 record.

Hokiri came into the tournament thru the regional qualifiers for south America as kind of a surprise. And I guess that the first day surprised other than just me. They managed to take a game against Gaimin Gladiators but most surprisingly against both PSG.LGD and BOOM Esports making it thru the first day with a 0-3-0 record. Is this the dark horse of this year's international?

Sonics story is similar to Hokiris in many ways. Getting to The International thru regional qualifiers and taking games against top teams like Liquid and PSG.LGD on the first day. Sonics could not stand against their "big brothers" in Evil Geniuses ultimately ending the day with a 0-2-1 record and finding them at the bottom of group a.

So who will not make it out of the group stage from group a?

My guess is BetBoom Team and either Hokiri or Sonics

Team Spirit, last year's champion, of course, have a lot of expectation and they have been playing well lately winning the Arlington major after a repeat of last year's Ti grand final beating PSG.LGD. One of the strongest teams in the world and have shown after just one day of play that they are hungry for a repeat run of last year's international. They won 3 of their 4 matches, dropping one game to Fnatic and beating Entity 2-0. Ending the day with a 3-1-0 record.

Entity has been dominating the European scene the last few months and has also shown great results at international lans. They have a unique way of looking at the game both in drafting and gameplay. A young inexperienced lineup of players that can make it far in the tournament. The first day might be a reflection of nerves with a 0-1-1 record. This is the biggest tournament in Dota 2 and all the players have been dreaming of playing on the big stage for years.

Team Aster is the last of the 3 teams from China that made it to the international this year. They finished third at the Arlington major and have been looking solid throughout the year. A solid 1-1-0 record after one day of play earns them a spot in the top 4 in the group.

Team Secret has had a rough year. Not performing in the DPC and also roster swaps. They have not managed to qualify for any of the majors this year which forced them to qualify thru the last-chance qualifiers. But what would a Ti be without Puppey?

I have the same feeling for Team Secret as I have for Team Liquid, they come into the tournament with a huge momentum after taking the hardest path to Ti. Under Puppey's leadership and the new offlane duo in Resolution and Zayac, star player Nisha and up and comer Crystallis on the carry position I see no problem in them making it out of the group stage. They end the day with the same record as Team aster, Team spirit, and Tunder Awaken, a solid 1-1-0 record.

Talon Esport made it thru the regional qualifiers. They are a pretty new organization in Dota 2 and have not had the best results at lan's this year. I find it hard for them to make it far in the tournament and might even struggle to make it out of the group stage. They fall 0-2 to Team aster and tie the series against TSM making the first-day record 0-1-1 and a place at the bottom of the group.

Fnatic was the last team to qualify directly by DPC points to the international. They played with 3 stand-ins during the Arlington major and one stand-in in the ESL One Malaysia tournament. So we have not seen their full roster together for some time at big tournaments. They tied the series against Team spirit and lost both matches against Thunder Awaken putting them with a 0-1-1 record and tied at the bottom of the group with 3 other teams.

Beastcoast has performed quite well this year. They snagged 5-6th place at both the Stockholm major and Arlington major. The South American teams have their own way of playing the game and might just surprise with a great placement in the groups. Bestcoast had dates with two western European teams on the first day in Team secret and Entity. Managing to take one game of Entity and losing both games against Team Secret. With a final record of the first day of 0-1-1.

Thunder Awaken gives me the same vibes as beastcoast. They finished at the same 5-6th place at the Stockholm major but dropped out in the group stage in Arlington. They end the first day with the same record as beastcoast 0-1-1 and tied at the bottom of the group.

Tundra Esports was the second western European team to get directly invited to this year's Ti. After a third place at the Stockholm major, and first place in the third DPC tour in Europe they are a team to have in mind. The Arlington major tho was a disappointment with a 15-16th placement. They tied both series of the day against Team Aster and TSM. A final record for the day of 0-2-0.

TSM made it to the Stockholm major's grand final, where they ultimately lost to OG. And they did not even make it to the Arlington major. Nonetheless, they were already qualified for Ti after a top-2 finish in Stockholm and good results in the north American DPC. They find themself tied with Tundra Esports in the middle of the group with a record of 0-2-0 after the first day of play.

So who will not make it out of the group stage from group b?

My guess is Talon Esports and either Fnatic or Thunder Awaken. But this group is really hard to predict

‍
So what is my strategy for the fantasy team?‍

Well, Dota is hard to predict. And the meta usually shapes during the tournament which makes it even harder. The team/teams that shape the meta or adopt it fastest always have an edge. There will also be a lot of matches! 50 games every single day for the first few days. So we will have at least 180 games of Dota in the group stage alone if there are no tiebreakers. With that in mind, you can earn a lot of points during the group stage.

I made a huge gamble on my team by picking some inexperienced players in core roles. And maybe followed my heart more than my mind in some pics.

The first player I picked was Pure for 150$. I wanted a relatively cheap carry player and I hope Entity makes it far. From there I picked 2 strong supports followed by another core. And now that I look back at my lineup most of my players play in group a. I should have used my brain more :)