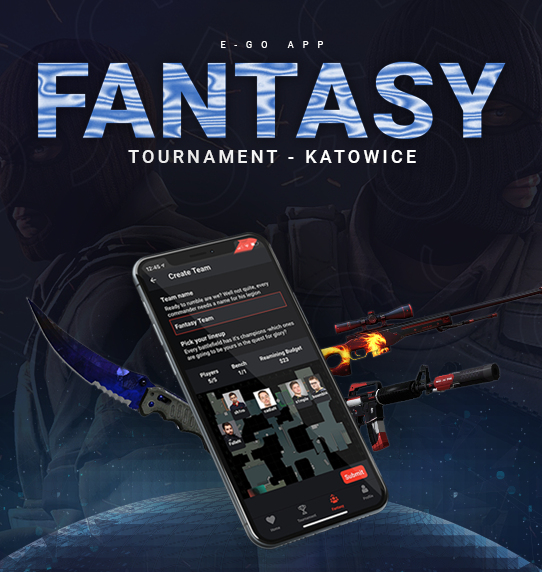 The 15th of February marks the start of one of the largest csgo tournaments this year. The IEM Season XVI - Katowice holds a prize pool of 1,000,000 USD and a large team pool of 24. This means that there will be a lot of new teams and players to pick in this upcoming fantasy tournament. Not only will there be a bigger player pool this tournament than what we have had in the past, but we have also done a lot of updates to our point system and interface in the app. Read up on all the changes and the rules for this tournament below .

Here is a whole new point system for IEM Katowice 2022

You can now sell and buy players during the tournament! When selling a player, you will be refunded the amount you purchased the player for. However, you can not sell a player if they are in a match. You will keep the points of your sold players.

You can do this 2 times per tournament.

The bench mechanic is an important game mechanic in our fantasy tournaments and can make a big difference in how many points you get.

Each fantasy team consists of 6 players. One of these has to occupy the bench. While on the bench, that player does not accumulate any points. It's only when they are swapped out with one of the active players that they gain points.

So, for example. If you have player A playing on Monday and player B playing on Tuesday. A good strategy then would be to swap those players once you have recieved your points for Player A.