Here are the latest details about the CS:GO Blast Premier Fall Finals. You can also try your hand at playing our fantasy tournament with a chance to win prizes. 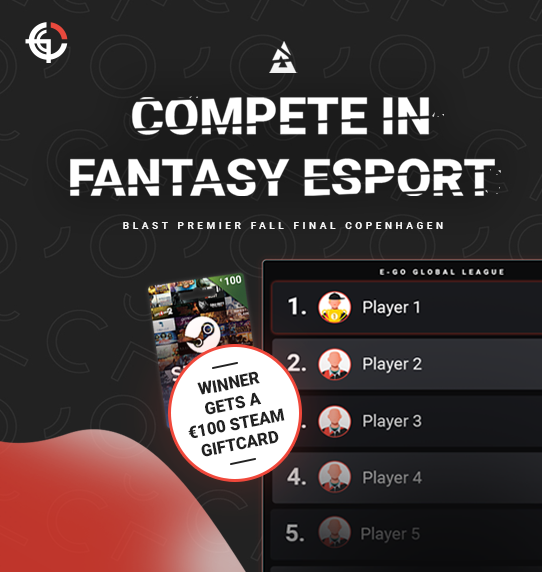 What is the Blast Premier Fall Finals?

The Blast Premier Fall Finals Esport tournament not only is a unique competition, but it's featuring a prize of $425,000 USD. A stunning line up of eight teams will be taking places in the matches that will be hosted in Copenhagen in Royal Arena.

How to join our Fantasy Tournament

Joining our fantasy tournament is quite simple. All you have to do is download and create an account on our app:

Then navigate to the Fantasy tab. create your team and then you are in the fantasy league! Remember that it is completly free to compete in this fantasy league. The winner will recieve a 100€ steam gift card.

The eight teams that will participate in this finals are as follows:

The tournament format is pretty simple, unlike the swiss structure the PGL Major had. It will be a typical bracket play where all the matches are BO3, and the bracket consists of double elimination. This means if a team loses two games, they are out of the tournament.
You can see the bracket below from Liquipedia: