Join the battle and build your own team to compete for Xtrfy gear and CS:GO Prizes 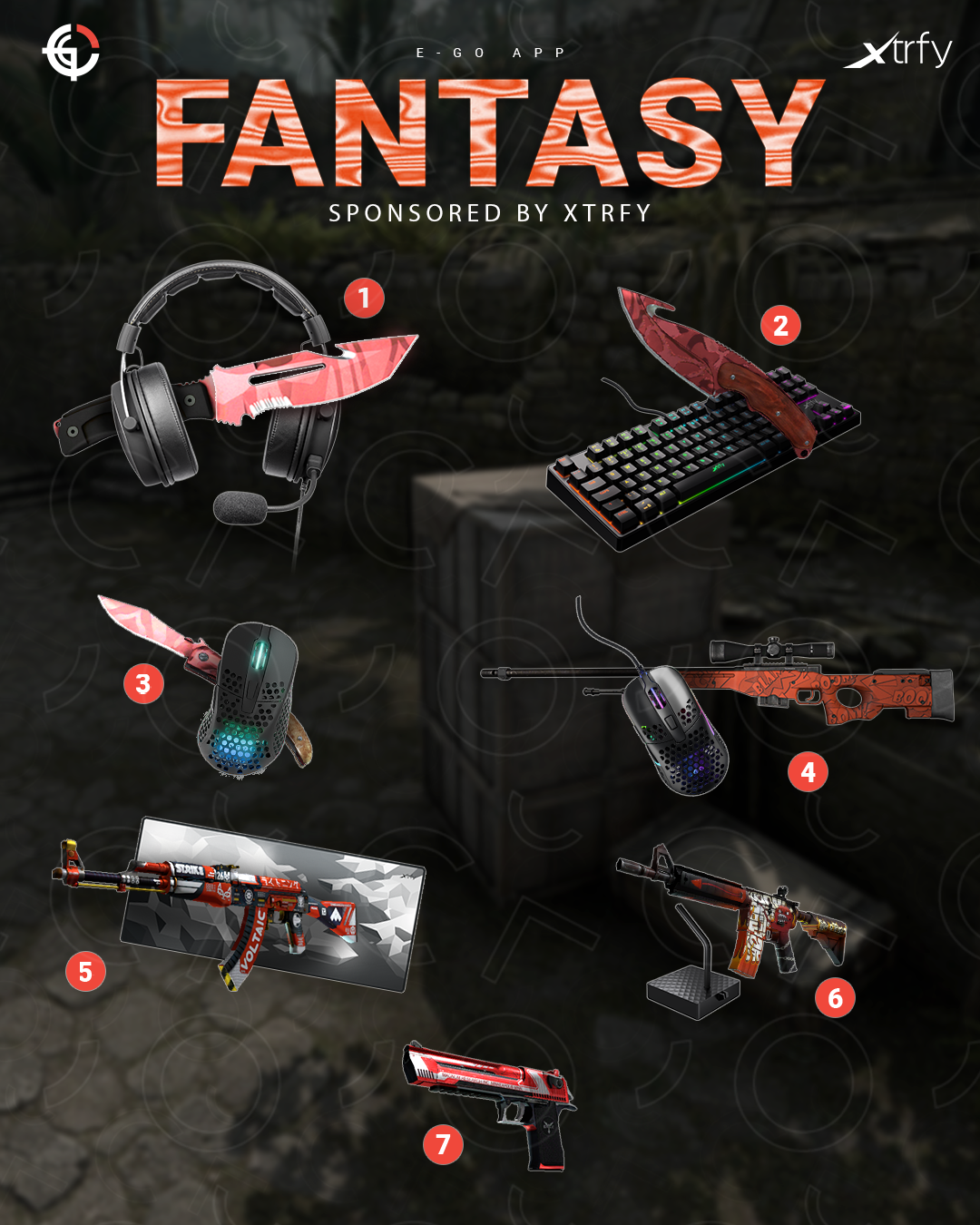 The qualifier for this year PGL Major is here!

Compete for csgo skins in our latest fantasy tournament

We have teamed up with Xtrfy and are giving out some epic gear!

January is here and with it a new knife giveaway!

We are hosting a 1v1 CS:GO tournament! Here is what you need to know. ‍‍

To celebrate this year of E-GO APP we are hosting a giveaway. 🎁

How you can compete in this year's Winter Clash!

We are teaming up with Xtrfy for yet another Fantasy tournament, this time with a twist.

Here are the latest details about the CS:GO Blast Premier Fall Finals. You can also try your hand at playing our fantasy tournament with a chance to win prizes.

A tournament brought to you in collaboration with Xtrfy 🔥

How to create your own Fantasy Esport Team (PGL)

How to use the new fantasy feature in the E-GO APP for this upcoming CS:GO Major.

We have just launched the first version of Fantasy esport in the app. Read more about it here.

Nordic Tech Fund, along with a bunch of other investors, joins us on our journey towards building the esport experience of tomorrow

Welcome to the E-GO CUP Giveaway!

We're hosting our biggest giveaway yet to celebrate the finals of the E-GO CUP.

If you are reading this it's probably because you are on our brand new website. Let us know what you think!

We are now officially halfway through the Qualifier period. GL HF!

E-GO APP partners up with Epulze to bring the community weekly Dota 2 tournaments.

We have teamed up with Opera GX and we will be giving out a total of €3000 in prize money from winning our tournaments.